Many years ago, before the Kiowa people made their way south, they camped along the rivers and streams in the far north, where there were a great many bears.

One day, seven little girls went playing among the rocks far north of the village. One girl wandered away from the group. She was turning back to join her companions when she heard a terrible crashing noise, and there, standing at the height of fifteen men and tall as the tallest tree, stood a bear. 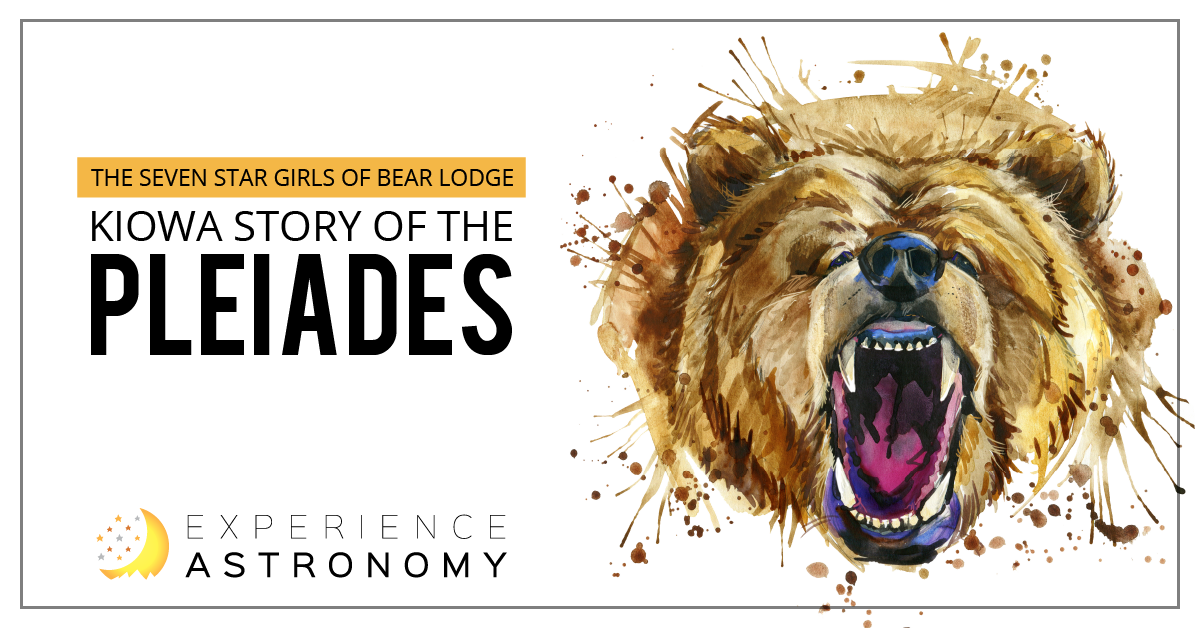 This bear had a great, ever-growing hunger, and the girl stood upon his territory. He dropped to all fours and galloped toward her. The girl cried out and fled. He chased her back to her companions, crashing through trees and raking the ground with his great claws.

The girl ran, fleet as a deer. The other girls heard her cries and the great noises the bear was making, and they tried to run toward the village. The bear thwarted their efforts by herding them away from it, and they scattered, as the herd of bison scatters before the cougar.

They managed to evade the bear, being smaller and quicker, but they had nowhere to go. Eventually, exhausted, they clambered atop a wide rock that stood about five hands high. As they pulled the last girl upon the rock, the bear was right behind them.

In desperation, they cried out to the rock, and the Great Spirit, seeing their plight, caused the rock to grow. It grew and grew, pushing the girls upwards. The bear leapt towards it as the rock continued to grow. The bear’s claws caught on the side of the rock, then broke and fell to the ground. He continued to jump and scratch in vain upon the face of the rock, leaving deep gashes. And still, the rock grew and grew.

It pushed the girls up, up, into the sky. Upon reaching the sky, the girls transformed into star people, where they are now, seven little stars in a group. As the sun rose the next morning, the people of the tribe gathered around the base of the towering, newly grown rock-mountain and found pieces of the bear’s claws, turned to stone, scattered on the ground. The rock is there yet, rising straight up, very high, with the marks of the bear’s claws deep in the rock face, straight down the sides. It became a Holy Place, where they went to worship and fast. In the winter, in the middle of the night, the little cluster of seven stars rises above this rock, that which they call The Bear’s Lodge. 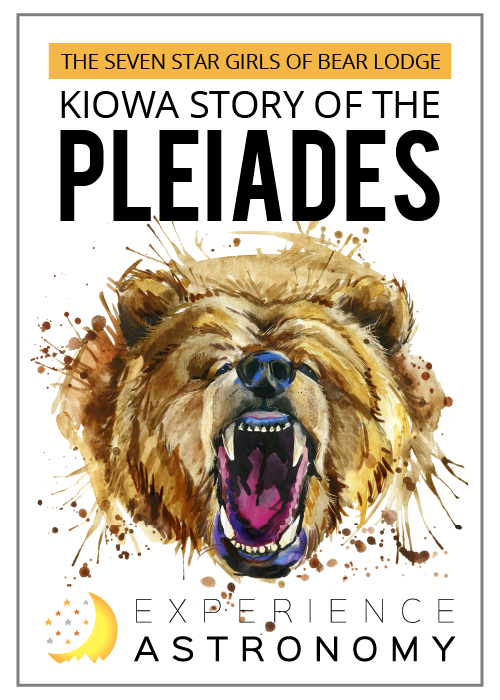 This is a legend of the Kiowa Native American peoples, who were originally from the Northern Plains. There are many, but the retelling here is based upon a version in the book The Seven Sisters of The Pleiades, by Munya Adams.

This story is by Sophia, 15, an Experience Astronomy student from Charlotte, NC.