When I was serving as a campus minister at the University of Toledo, one of my students said she grew up in Woodstock, Illinois. Among other things, this town is famous for being the place where the movie Groundhog Day was filmed—though the movie is said to take place in Punxsutawney, Pennsylvania, home to the famous weather-predicting groundhog.

Where did this tradition of Groundhog Day come from? It actually has its roots in astronomy and some weird European traditions. 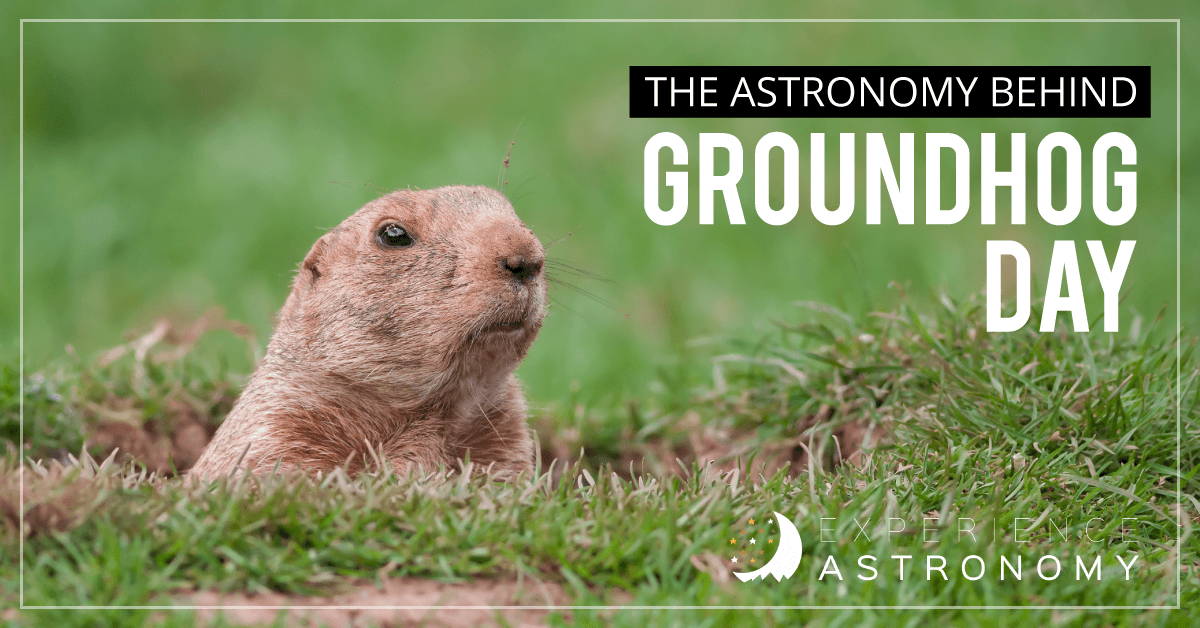 The Earth is not aligned straight up on end in the solar system. It’s axis is tilted (about 23.5º), which means as the Earth moves around the sun, the northern and southern hemispheres take turns being tilted toward the sun. During the months of May, June, and July, the northern hemisphere gets more of the direct overhead rays of the sun, and then 6 months later, when it is tilted away from the sun, gets shallower, more angled sunlight.

This is the reason we have seasons.

Because of this, there are 4 significant days on the calendar (speaking of the Northern hemisphere)… 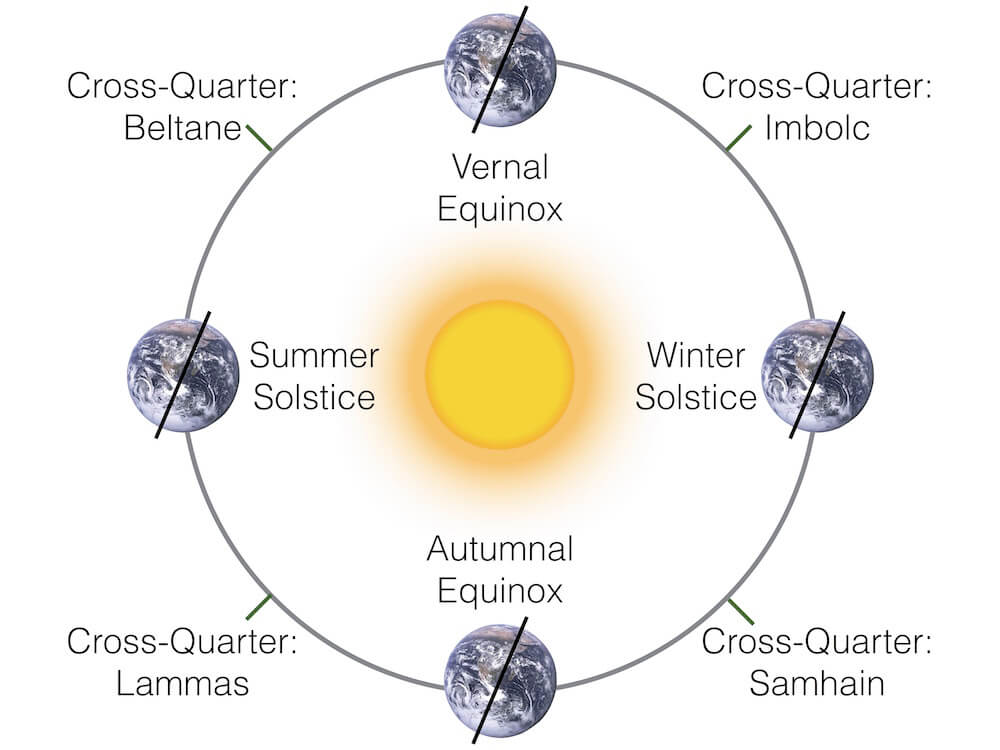 In modern America, we are used to calling the summer solstice “the first day of summer,” which is sort of an odd name for the day. After all, the summer solstice is really the peak of the season (as far as sunlight goes). After that day, we see less and less sunlight every day, so marking it as the first day of summer seems a bit odd. The designation “midsummer” is probably a better name for it.

Modern Groundhog Day falls on February 2, the first cross quarter day of the year. (Incidentally, Halloween is linked to the last cross-quarter day.)

The Celts in Ireland and Scotland celebrated this day as Imbolc, the first day of spring. Originally it was a pagan festival associated with Brigid—the goddess of fertility, healing, poetry and smithcraft. Imbolc was traditionally celebrated from the evening of January 31 to the evening of February 1 as a time to celebrate the coming of spring through lighting fires in the hearth, lighting candles, and eating special meals—representing the returning warmth of the sun.

Imbolc was also a time of weather prediction. There was a legend that Cailleach, a divine hag and creator goddess, would come out of her home to gather firewood for the rest of the winter. She would look out to see if it was a good day to gather wood, and if so, she would gather plenty, which would cause the winter to drag on longer. Thus, people celebrated when Imbolc was cold and foul, because it meant she would not venture outside to gather wood, meaning winter would soon be over.

In Germany, February 2 was known as Badger Day (Dachstag). It was believed if a badger emerged from hibernation and saw his shadow, it would signal to him that winter was not ending and would go back for more slumber for 6 more weeks (or 4 weeks in other traditions). In some regions, the hibernating animal was a bear, fox, or hedgehog. There was similar lore shared among the Celts who watched to see if badgers, hedgehogs, or serpents would come from their dens in early February. The traditions probably have a common root that goes back to antiquity.

While some of this is really just superstitious folklore, it’s based on an important survival skill of early people. Farmers would look for the reappearance of hibernating animals to tell them when spring had arrived. It apparently worked well enough for local legends to crop up about various rodents, shadows, and old hags. 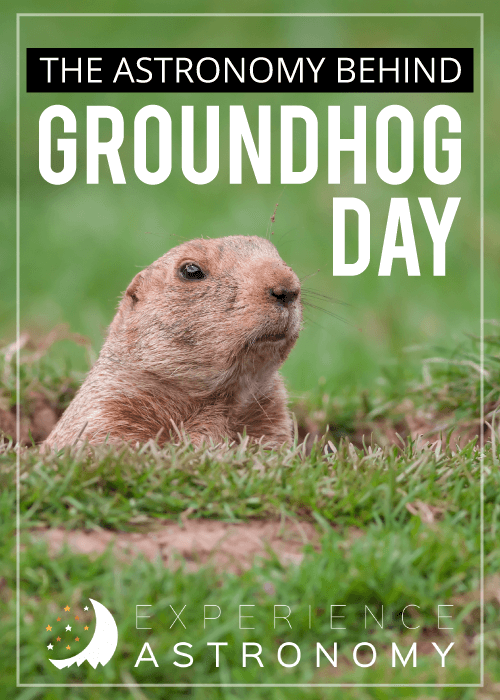 It was the Pennsylvania Dutch communities—mostly German-speaking immigrants—that kept these traditions alive in America. They made only one significant change: they replaced the Old World hedgehog with the far more common New World groundhog.

In 1887, folks from a little town in western Pennsylvania, Punxsutawney, took a groundhog named Phil to a hill called Gobbler’s Knob to spot his shadow. The event has been held nearly every year since, and now thousands of visitors congregate there each year for Groundhog Day.

However, I wouldn’t take Phil’s predictions very seriously. He’s only right about 39% of the time.

Groundhog Day, like many other holidays, is grounded in the close observations ancient people made of the sky. The motions of the sun, moon, and stars helped them to order their very lives, just as God said of heavenly lights: “let them be for signs and for seasons, and for days and years” (Genesis 1:14).

If you child is interested in learning more about how astronomy impacts everything from our modern calendar to ancient customs, they will love our courses for homeschoolers: Experience Astronomy (available for both elementary and upper level students).