A long time ago there lived a young prince named Bellerophon. His father’s realm was afflicted by a huge three-headed monster which was destroying the houses and devouring the animals and the people. 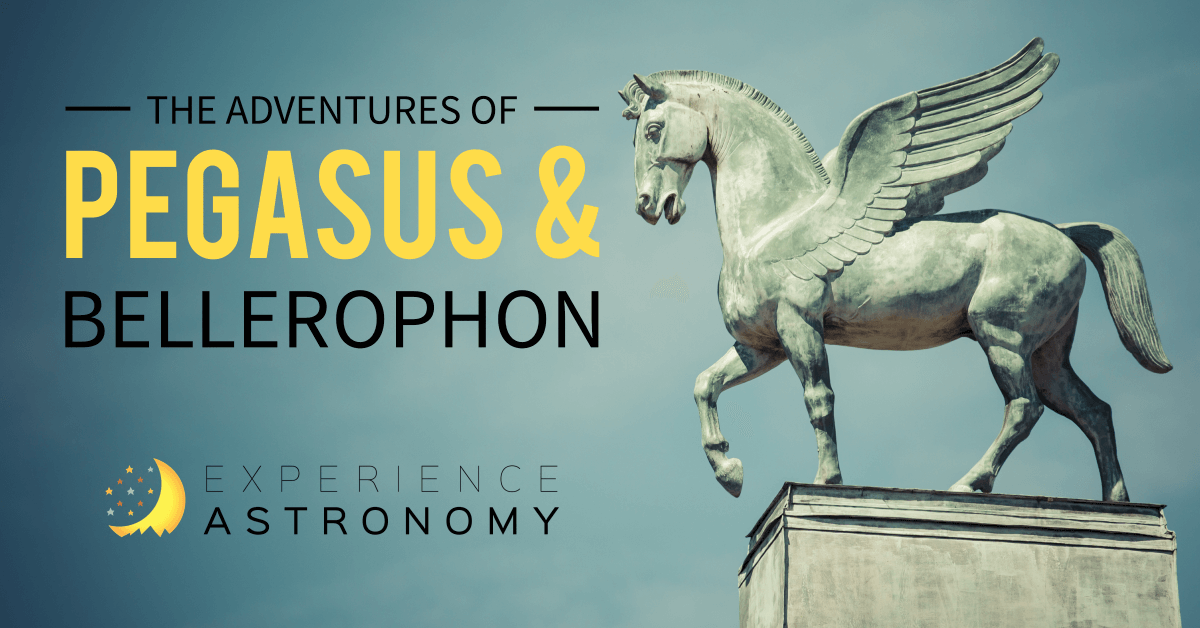 Bellerophon resolved to kill this beast. He had received, as a present from the goddess Athena, a magical jeweled bridle which would tame even the wildest horse. Bellerophon heard that the legendary flying horse, Pegasus, would often come to drink of a spring in a little hidden glen. So the prince traveled far and wide till he found this spring and waited there for many days watching for the winged horse.

One day his patience was rewarded. A huge white horse with gigantic wings came soaring down, alighted on the ground, and began to drink. Bellerophon crept up behind Pegasus and slipped the bridle on to his head. The horse immediately became tame. With this noble steed, Bellerophon could now defeat the monster which was ravaging his father’s kingdom.

Urging his horse skyward, Bellerophon flew to where the dreadful monster had taken up its abode. Fortunately it was sleeping, so Bellerophon silently flew near, unsheathed his sword and hacked off one of its dreadful heads.

The monster awoke with a terrifying roar, and seeing the horse hovering above him, spread his bat-like wings, and, breathing fire, rushed at them. Bellerophon skillfully guided his horse to the side, and as the monster turned its huge body, Pegasus shot forward and again the sword flashed, leaving the second head dangling uselessly.

Now the monster, thoroughly enraged, left precaution behind and flew at the horse. As they soared higher and higher, the clouds began to roll down on them and enveloped them. Then Bellerophon, urging Pegasus on, rushed in and severed the third head from the body which then hurtled down and crushed the monster’s children.

After saving the realm, Bellerophon and Pegasus flew to find more adventures. Every day they would fly higher into the sky and soon they flew so high that they could see Olympus. Bellerophon thought that if only he could enter into Olympus he would become a god. But when he tried to enter, Pegasus reared and Bellerophon fell to the earth. He landed in a thistle bush and was made a beggar till his dying day.

Zeus looked out of Olympus and saw the beautiful winged horse, hovering riderless outside his gates. Zeus took the horse in and made him his thunderbolt carrier. Pegasus served him faithfully for the rest of his life, and after he died, Zeus placed him in the sky where we can see him today.

This article was written by Paul, 13, an Experience Astronomy student from San Jose. 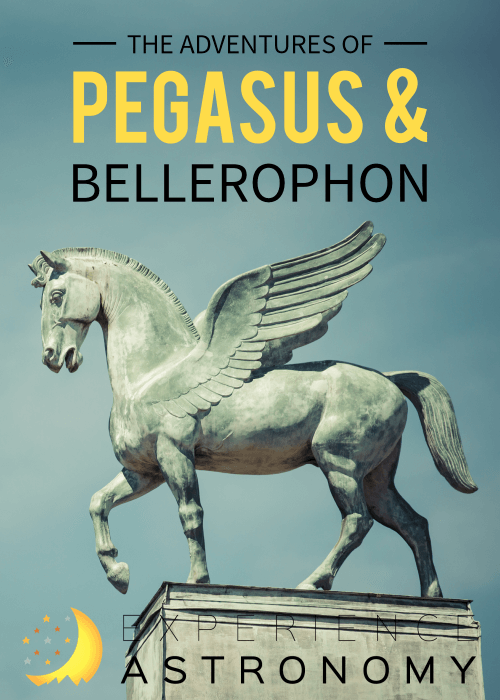