A long time ago, when gods and monsters roamed the earth, there was a particular monster named Typhon. He was the father of all monsters. 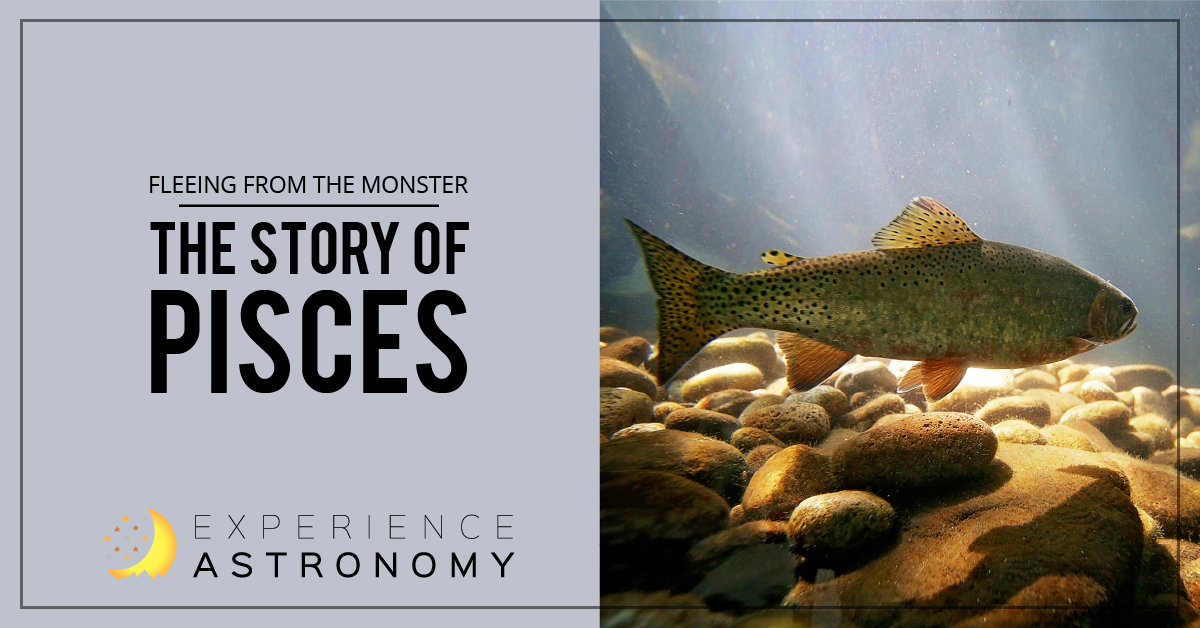 Even the strongest gods cowered before him. He was so tall his head could touch the stars, instead of legs he had a coil of poisonous snakes, his eyes glowed a bright blood red.

One day, Typhon decided that he could not and would not deal with the reign of the gods any longer. He marched up to the spiraling golden towers of the castle that sat on Mount Olympus—the home of the gods—and started destroying everything in his path.

The gods were so terrified that they turned into various animals and ran away to save themselves. The goddess of love and beauty, Aphrodite, and her son Eros turned into koi fish and tied their tails together with a cord so as not to be separated. They jumped into a river and swam away as fast as they could to escape the fiery wrath of Typhon.

To represent Aphrodite and her son, the image of the two fish tied together was placed in the sky as the constellation Pisces.

This story is by Mae, 10, an Experience Astronomy student from Lansdowne.