It’s a practice that dates back thousands of years to some of the earliest civilizations—the desire to search for human meanings in the stars.  In the not-so-distant past, the disciplines of astronomy and astrology were one and the same.

But today these terms have distinct meanings—and for good reason. Astronomy versus astrology — what’s the difference?

Today, astrology is the discipline of searching for “human” meanings in the celestial bodies above, that is, in the sun, moon, stars, and planets. Astrology means “the study of the stars” : and this is study done for very specific purposes.

Astrologers believe the positions of the stars, and their relationships to one another, impact or predict life here on earth.

Many ancient cultures like the Babylonians, the Chinese, the Greeks, and a lot of ancient Europeans had professional astrologers. There are even some today who make a living practicing astrology.

Astronomy, however, means “the law of the stars.” In other words, this is observation of how the heavens look and how heavens move overhead—a real observational science.

Astronomy, as we see in the Bible, is practical, not tied to superstition.

The Astrology “Bible” of Ancient Babylon

In the Bible, after the Great Flood, we see the founding of the city of Babel—also called Babylon—it quickly becomes a home-base for organized rebellion against God.

Many Bible scholars believe the now-famous Tower of Babel was actually a famous ancient ziggurat—a massive terraced structure, common is Mesopotamia—called Etemenanki. This structure was dedicated to Marduk, the great god of Babylonian cosmology, and to the study of astrology. In fact, the building was created with 7 terraces, each a different color, which may have been inspired by the “7 lights” of the sky that move around against the background stars (the sun, the moon, and the 5 planets visible to the naked eye).

The Babylonians were the most ardent astrologers of the Near East. The “bible” their sky-priests used was called Enuma Anu Enlil, a collection of about 70 cuneiform tablets. This was a massive reference work, collecting sky observations and omens dating as far back as the patriarchs of Israel up to the rebuilding of the city of Babylon in the mid 7th century BC.

And just what kind of omens did these tablets contain?

Coming Out of Babylon

Over and over in Scripture, we are told about the futility of this approach to the stars: 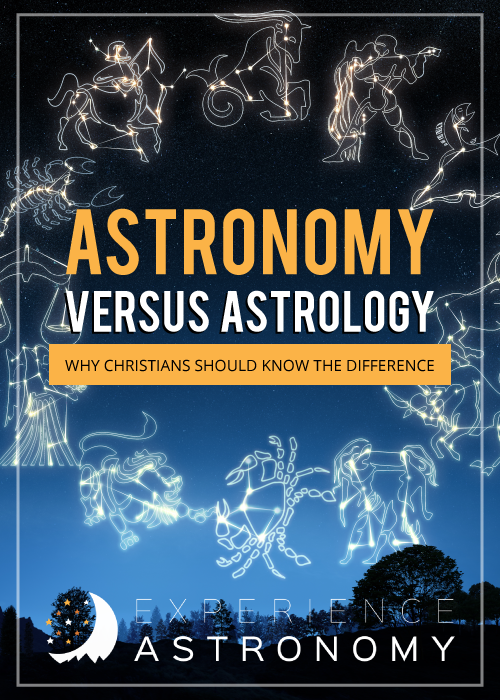 This does not mean, however, that the stars have no relevance to our lives!

Against the backdrop of the practice of astrology among many nations, Moses penned Genesis 1 to show us, among other things, why God created the stars.

Reason #1: To give light

Simply put, God wants us to be able to see stuff. The sun lights the day, the moon and stars light the night.

Reason #2: To separate day and night

This is something that guides all of our schedules still—even in our modern age. The rising and setting of the sun, the 24 hour cycle of day and night, guides when we rise, when we rest, when we open our businesses, and many other aspects of our lives.

Reason #3: To give us seasons

This word in the original language isn’t talking about the four seasons as we know them (spring, summer, fall winter), but for all the rhythms and seasons of life like planting, harvesting, celebrations, and festivals. The motions of the heavenly bodies marked these events for ancient people, including the Hebrews.

Astronomy was how ancient people marked the years of history and marked the days of the year, making calendars that helped us to know how to order our lives.

This word could be a reference to constellations which were helpful for not just making calendars but also navigating the earth. The sky could act like a map. If you know a certain sign is always in a certain direction in the sky, you can use that sign to help you find your way.

Notice: the reasons why God gave us the stars above are all very practical: giving us light to see, giving us daily rhythms of sunrise and sunset, marking the seasons of life, making calendars, and providing signs to find our way.

Your Kids Can Learn Biblical Astronomy

If your child loves learning about the stars, they will love Experience Astronomy.